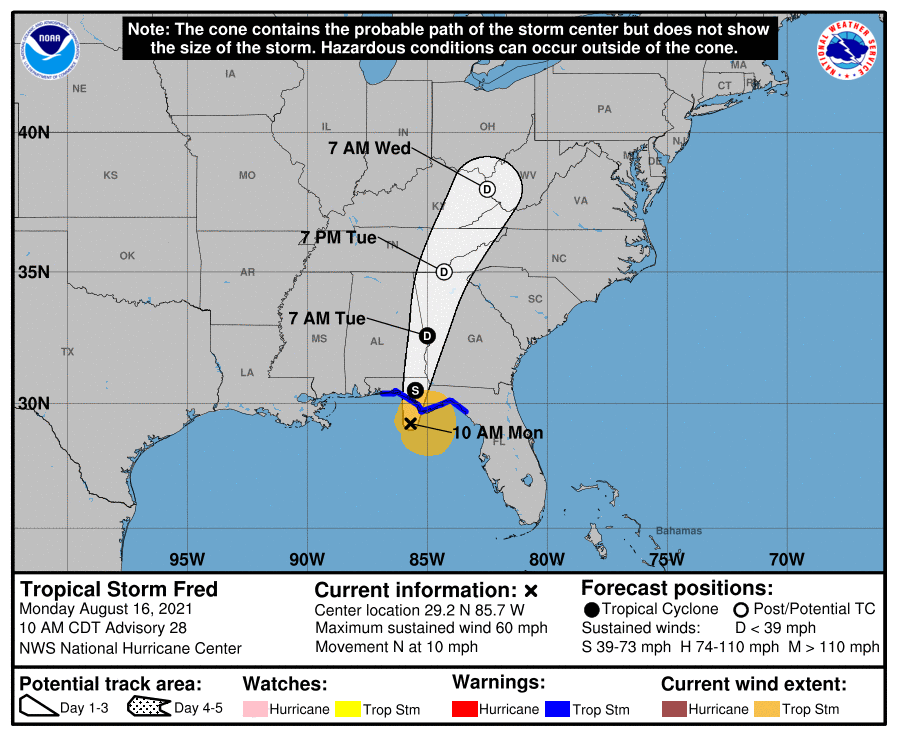 It appears Polk County may be in the bullseye of Tropical Storm Fred on Tuesday as it continues to move toward landfall in the Florida Panhandle later today.

The Polk School District announced today that classes will move to distance learning due to the potential severe weather impact locally.

According to the NOAA National Hurricane Center, the center of Fred should make landfall in the eastern Florida Panhandle this afternoon or early this evening, and move over
western Georgia on Tuesday.

A Flash Flood Watch has been issued for Polk County starting late tonight and lasting through Wednesday morning.

Rainfall associated with Tropical Storm Fred will begin to move into North and Central Georgia early Tuesday morning and spread across the area through the day. 2-5″ of rain is expected through
the flash flood watch, with isolated heavier amounts.

Heavy rainfall on top of likely saturated soils will lead to flash flooding.

As Fred moves through, additional bands of rainfall may cause training of storms through Wednesday morning that may exacerbate or lead to additional flash flood issues.