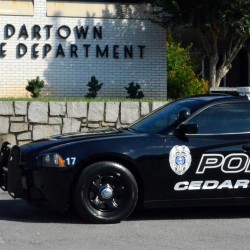 A Rome man is in jail after a heated domestic dispute left a 17-year-old with a gunshot wound to his hands.

Cedartown Police were called to an East Queen Street address the night of August 11.

They observed a 17-year-old male with what appeared to be a single gunshot wound to both hands.

Officers assertained that the non life-threatening injury was a result of a heated argument  between two adult subjects who were also at the East Queen Street address.

Multiple juveniles were present during the initial altercation and subsequent shooting.

The alleged shooter left the scene but law enforcement officers were able to locate him a short time after the incident.

Claude Thomas Kinnebrew of Rome was arrested and charged with aggravated assault and cruelty to children.

He was transported to the Polk County Jail.

The 17- year-old was transported to a Rome hospital for treatment.

Investigators are working to piece together the events of the evening that led to the discharge of the firearm.