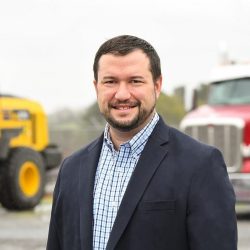 ATLANTA – Georgia voters would need to provide copies of their photo identification two separate times to cast absentee ballots under a bill introduced in the General Assembly.

The bill, sponsored by freshman state Sen. Jason Anavitarte, R-Dallas, marks the first move by state Republicans to overhaul election laws after Democrats carried Georgia in the 2020 presidential election and flipped both of the state’s U.S. Senate seats, largely due to historically huge mail-in voting.

Instead of the current signature-verification process, voters would need to provide a photocopy of their driver’s license, passport or other valid ID card when applying for an absentee ballot. Then, another photocopy of that ID would have to be placed in the envelope used to mail back the ballot.

Requiring photo ID for absentee voting is a top priority for Republican leaders in the 2021 legislative session after mail-in votes topped one million in all three rounds of the 2020 election cycle, far exceeding past Georgia elections.

Gov. Brian Kemp and Georgia Secretary of State Brad Raffensperger have pushed for the change after doubts from many conservative voters over verifying signatures stirred mistrust in Georgia’s election integrity. Republicans stand a strong chance of passing legislation since they control both chambers in the General Assembly.

Democratic leaders and voting rights advocates have condemned stricter ID requirements as attempts at voter suppression, noting a driver’s license, Social Security number or other identifying documents are already needed to register to vote in Georgia.

Supporters of tighter absentee ID rules point out voters must provide photo ID when casting ballots in person at polling places. They argue mail-in ballots should fall under the same requirements instead of difference rules for signature verification.

Currently, registered Georgia voters need only provide their signature on an application form to request an absentee ballot. Signatures on that request form as well as on the envelope in which voters mail their ballots are matched with other signatures in voters’ registration files before those ballots are accepted.

That process caused controversy in the weeks following former President Donald Trump’s loss in the Nov. 3 election, which he claimed was “rigged” with fraud. State election officials and federal courts rejected those claims as baseless.

Trump and his allies targeted absentee ballots and Georgia’s process for verifying signatures as ripe for fraud, though they gave no evidence backing their claims that widespread fraud occurred in the Nov. 3 election. Trump lost to Biden by 11,779 votes in Georgia.

An audit of more than 15,000 absentee ballots in Cobb County by the Georgia Bureau of Investigation also found no evidence of fraud. Still, state Republicans including Kemp and Raffensperger have urged lawmakers to do away with signature verification in favor of photo ID changes.

“We know there’s a lot of frustration out there,” Kemp said in a recent interview on Fox News. “I think it’s incumbent on us as policymakers to listen to people’s frustrations, but also at the end of the day make sure that we have secure, accessible and fair elections in the state.”

Voter advocates were quick to criticize Anavitarte’s bill after it was filed on Tuesday. They accused state Republicans of trying to change the rules of the game as Democrats gain momentum in Georgia elections.

“Georgians will see through these cynical power grabs, but it’s going to take a big fight on the part of everyone who cares about the right to vote in Georgia,” said the group Fair Fight, which was founded by former gubernatorial candidate Stacey Abrams. “Republicans are more desperate than ever to hold onto their waning power.”