On Wednesday April 11, 2018 at approximately 5:04 AM Paulding E-911 received a call from the residents of 519 Dallas Road Dallas, GA reference shots being fired into the home. When Deputies responded to the scene they located a female victim who suffered from a gunshot wound to her lower extremities. The female victim, who was later identifed as Kathleen Walker, W/F, 52 YOA, was subsequently transported to a local hospital with serious injuries.

Detectives indicated that it appeared as if multiple shots were fired at the residence from the area of the roadway in front of the home and then the shooters left the scene. After weeks of rigorous Detective work, the Paulding County Sheriff’s Office can annonce that two arrests have been made in this case. Zackariah Daniel Mitchell was arrested on April 20, 2018 and Kayden Louis Fillingame was arrested on May 2, 2018. Both males were charged in the drive by shooting of Ms. Walker. Listed below are the charges that were taken on each individual: 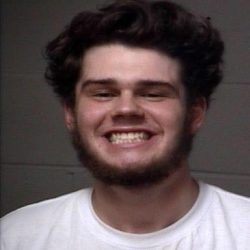 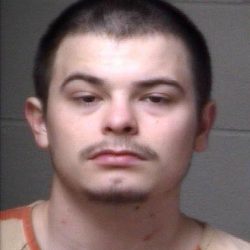 *As a point of clarification for some of our readers regarding this incident.* In many investigations we cannot immediately divulge all of the pertinent details about a case that the public seems to demand in this information driven society we live in. In serious investigations, such as this one, we have to keep certain portions of the case out of the public because it could hinder future arrests. We do understand that some of this information is public record, which we will and have always provided if/when requested. In this case, we purposefully waited to disseminate this information to the public regarding these developments until all of the arrests were made so we would not hinder any aspect of the investigation .

Ms. Walker is still in the hospital with extremely serious injuries. Both Mitchell and Fillingame are being held in the Paulding County Jail with no bond. Detectives encourage anyone who may have any additional information, or who may have seen the suspects or the suspect vehicle at the time of the shooting, to call the Criminal Investigations Division of the Paulding County Sheriff’s Office at (770) 443-3015.