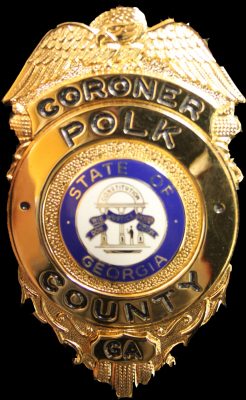 Polk County Public Safety personnel had a very busy weekend which came to a tragic point on Sunday.

Polk Co. 911 received a call to a bicycle accident on the Silver Comet Trail near its intersection with Clarkwood Road in Rockmart around 09:49 a.m.

James Howard Adylette, age 53, of a Douglasville, Georgia address struck his head during the accident.

Redmond EMS, Rockmart Fire & Rescue along with Polk Co. PD, Rockmart PD & Polk Co. Sheriff’s units responded to assist, both at the scene as well as at the landing zone.

Polk County Coroner Tony L. Brazier said, the victim was treated by Redmond Paramedics and was then lifeflighted to Grady Memorial Hospital, a Level 1 Trauma Center in Atlanta, where he underwent emergency surgery for a critical head injury.

In spite of the efforts by his doctors, Mr. Adyelette died from his injuries in Grady’s Neuro ICU around 4:30 p.m. Sunday afternoon, according to Polk County Coroner Tony L. Brazier.

With the weather getting warmer, with summer coming on and with the CDC’s Pandemic Order’s being lifted we always see an uptick in accidental deaths.

We urge people to enjoy the outdoors, while at the same time being safe & use safety equipment for biking & motorcycling, helmets and protective gear gives you that extra level of protection, helmets & knee/chin protection for skate boarding and if you’re on the water, swimming, skiing or boating, always wear UL approved safety floatation vests.

We want folks to enjoy their summer outdoors but it takes a toll on all us when something like this happens, Brazier said.