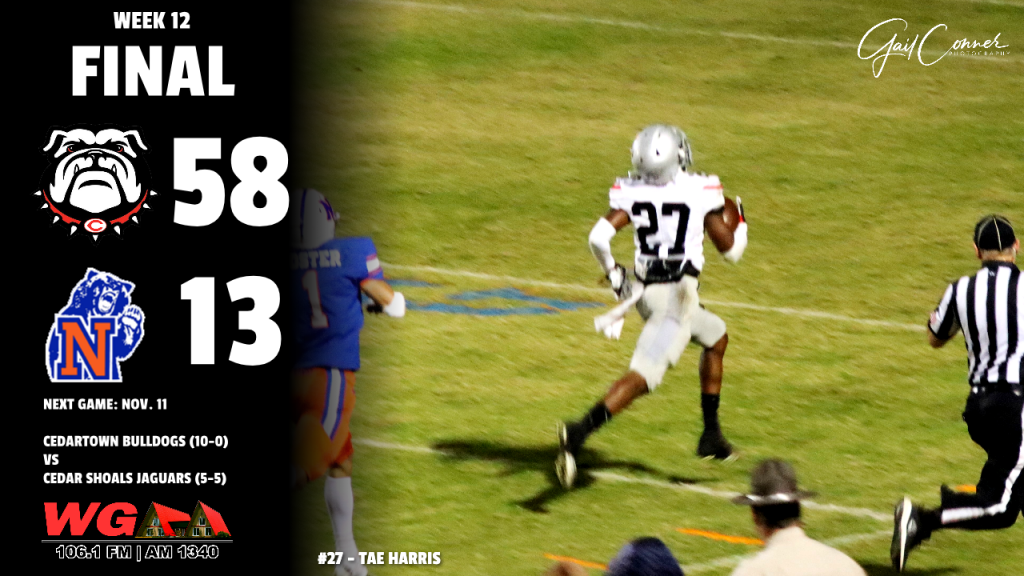 Despite having already wrapped up the Region 7-4A crown, the Cedartown Bulldogs punctuated their season Friday night by downing Northwest Whitfield 58-13 to end the season undefeated.

Cedartown (10-0, 5-0 Reg. 7AAAA) racked up 44 first-half points to end the season for the Bruins on a sour note and give the Bulldogs their first undefeated regular season since 2001. Cedartown, which locked up its third straight region championship with a 48-14 win over Southeast Whitfield on Oct. 28, will host Cedar Shoals this Friday to start the Class 4A state playoffs.