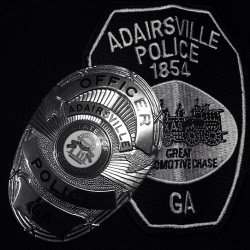 According to Interim Police Chief Arnold E. Gillman, on June 7th 2014, Adairsville detectives were following up on an unattended death when they executed a search warrant at 20 Dewey Drive. During that search investigators located and seized several laptop computers in an effort to further the death investigation.

The Computers were sent to the Georgia Bureau of Investigation’s Child Exploitation and Computer Crimes Unit for forensic analysis. GBI Investigators located 78 images on the computers of children ranging in age from 6 to 15 years of age. The children were depicted in lewd and sexually exploitative situations.

Adairsville detectives then secured arrest warrants for the resident and owner of the computers. Detectives arrested Kenneth Bryan Evans, 55 of Adairsville, Georgia. Evans was charged with 78 counts of Sexual Exploitation of Children and is currently being housed at the Bartow county jail.

Interim Chief Gillman stated that the Adairsville Police Department is committed to keeping Adairsville safe from those who would prey upon children.