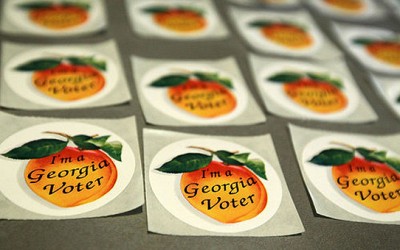 According to Director of Elections Karen Garmon, 1052 people came in to the Polk County Administration Building in Cedartown to vote early, while 325 voted early at the Nathan Dean Center in Rockmart.

Garmon said 112 absentee ballots were sent out, but not all of them have returned yet.

She says the final tally for Polk County early voting was 1,489.

Voters in Polk County will be deciding the next Superior Court judge, either Cedartown attorney Chuck Morris or Haralson County’s Meng Lim.

The election is coming up on Tuesday, July 22.