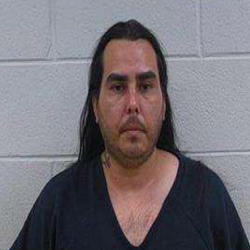 On February 2, 2022, a detective of the Polk County Police Department assigned to the North Georgia High Intensity Drug Trafficking Area (HIDTA) Task Force was advised of an Emergency Medical Services call reporting an overdose at 1347 Prior Station Road, Cedartown, Georgia.

Upon responding to the residence, agents observed a small amount of suspected heroin and could smell marijuana. Based on the circumstances, agents of the North Georgia HIDTA Task Force and the Polk County Drug Task Forces applied for and were granted a search warrant for the residence and property.

During the ensuing search, agents discovered approximately 12 kilos or about 26.5 pounds of suspected methamphetamine hidden in a drop ceiling. Additionally, agents located bags containing a half pound of crystal methamphetamine as well as cocaine, suspected heroin, marijuana and psilocybin mushrooms.