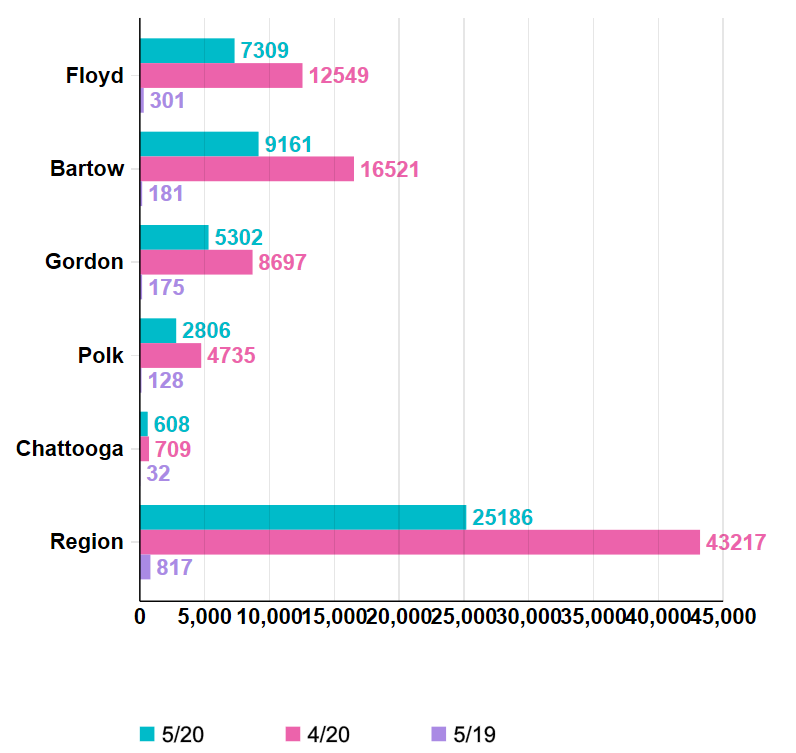 While over 25,000 people in Northwest Georgia filed first-time unemployment claims last month, the numbers are down by close to half from April’s 43,217 applications. Only 817 first time claims were made in May 2019 in the region.

In Polk County, 2,806 people filed first-time unemployment claims in May, significantly lower that April’s total of 4,735. However, the total number of claims in May was more than 20 times higher than May 2019, when only 128 first time claims were logged.

In April, Bartow County saw 16,521 claims compared to 9,181 in May. Bartow County has seen several key layoffs or shutdowns since the pandemic began, including 138 jobs shed by Trinity Industries; 120 jobs by Vulcan Metal in Adairsville; and 65 at American’s Auto Auction Atlanta in Cartersville, according to HometownHeadlines.com.