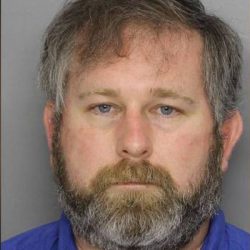 A Cartersville man is behind bars after police said he had an inappropriate relationship with one of his former students.

Craig Dean Godfrey, 38, of Cartersville, was a band teacher at the North Cobb Christian School.

Police said the school administration contacted investigators on Friday with information that Godfrey had been involved with a student from 2016-2019. The student is now an adult and no longer goes to the school.

Godfrey was formerly employed at Rockmart High School as the band director.