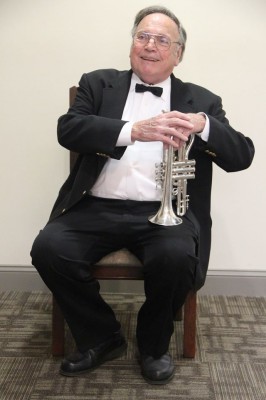 The Cedartown community is mourning the loss of a beloved music educator, who touched the lives of countless individuals during his life.

Former Cedartown High School Band Director John C. Thomas passed away peacefully at his home surrounded by his family on Monday, August 17.  He was 83.

According to the obituary from Lester C. Litesey Funeral Home…

Mr. Thomas was born on February 8, 1932 in Albertville, AL. He earned B.S. and Ed.S. degrees in music from Jacksonville State University and an M.A. from Morehead State University in Kentucky. While at JSU, he was a member of Epsilon Nu chapter of Phi Mu Alpha Sinfonia, a professional fraternity for men in music, of which he served as president. Not content to have only degrees in music, Mr. Thomas also holds an honorary B.B.Q. degree in Home-Burger-Nomics.

During his fifty-six years of teaching, he served as band director of schools in Ohatchee and Roanoke, AL; Lakeland, FL; and Darlington School of Rome. He also taught brass and music education at Shorter College and JSU. His longest tenure was teaching band, chorus, and history in Cedartown from 1959 through 1982.

In addition to his numerous musical contributions, Mr. Thomas was involved in many civic and community organizations. He was a board member of the Ethel Harpst Home and a member of the Cedartown Music Club, the Polk County Mental Health Association, and the Cedartown Civic Arts Commission. He was most recently an honorary member of the elite Kroger Visiting Committee, where he knew everyone’s name.

Other honors Mr. Thomas received are Citizen of the Year in Government and Civil Service by the Cedartown Chamber of Commerce in 1978-79, and he was regularly awarded Dog Lover of the Year by the Walnut Street Vagrant Dog Association more times than can be remembered from 1967-97. 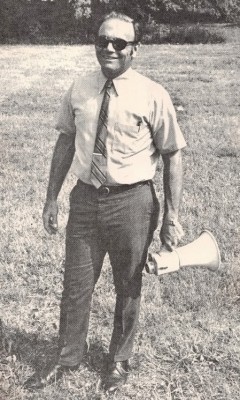 As a band director, Mr. Thomas served as an educator, musician, and Christian steward. His innovations in the band world include introducing a wide variety of classical literature onto the marching band field, eschewing traditional marches, which was progressive at the time, and being the first band director in the area to march to music in 3/4 time. Most importantly, Mr. Thomas’ long-reaching musical legacy is the more than one thousand students he has taught throughout his career, many of whom are still playing in the various musical ensembles of northwest Georgia and beyond.

He married Sara Anne Winn in 1963, having been introduced by her brother, Judge Dan Winn. They sang once together in the 1964 Cedartown Follies and continued to sing together for more than fifty years in the Chancel Choir of the First United Methodist Church.

As a father, Mr. Thomas invested wisely and humbly in his sons, all of whom followed in his footsteps earning degrees in music, Casey even earning his doctorate.

As a man, Mr. Thomas loved restoring old cars, completing crossword puzzles, and teaching Sunday School. His faith in the Lord was deeply held, and he thoughtfully applied it in his teaching and mentoring.

Visitation is scheduled for Friday, August 21st, from 2:00-8:00 pm at First United Methodist Church of Cedartown. The memorial service is scheduled for Saturday August 22nd at 2:00 pm, also at First Methodist, with reception to follow. Reverend Edwin Wadsworth will officiate the ceremony. All are invited to attend.

In lieu of flowers, the family respectfully requests that donations in his memory be made to one of the following three organizations: Cedartown Band Students at 167 Frank Lott Dr. Cedartown, GA 30125 Attn: Tom McGarity Music Department of JSU at 701 Pelham Rd. Jacksonville, AL 36265 Attn: Ken Bodiford or First United Methodist Church at 201 Wissahickon Ave. Cedartown, GA 30125 All donations to First Methodist will go to benefit the ministry of Lyle Thomas in Russia.

Condolences and memories can be posted on https://www.facebook.com/groups/honoringmrthomas or in a special book available at the visitation and reception.

Condolences can be made to the family by visiting our website at www.liteseyfh.com and sign the online book.

The Lester Litesey Funeral Home has charge of the services for John C. Thomas