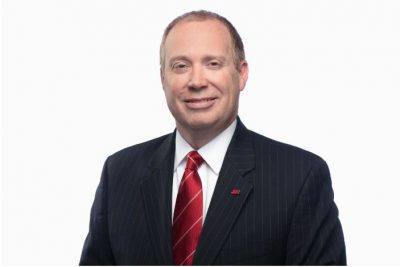 Jacksonville, Ala. (June 23, 2020)- The Jacksonville State University Board of Trustees today confirmed Dr. Don C. Killingsworth, Jr. – a two-time JSU graduate and acting president since Oct. 22, 2019 – as the university’s 13th president. His new role is effective immediately.
Dr. Killingsworth assumed the acting presidency after the Board released the former president, Dr. John M. Beehler, from his contract. According to JSU board members, Dr. Killingsworth’s success, leadership and activism over the last seven months has proven him more than capable to formally lead the more than 9,000 student-enrolled university into the future.
“With every challenge that presented itself during his tenure as acting president, Don rose to the occasion, many times being three steps ahead in how to approach each matter,” said Randy Jones, JSU board chair. “His caliber, overall expertise and what he’s accomplished since October have since far surpassed our expectations.”
Dr. Killingsworth will continue to strengthen relationships with key State of Alabama leaders while developing successful fundraising opportunities to benefit the university’s growth. He will also work to ensure alumni, in addition to current and potential students, find the utmost value in their degrees and are provided opportunities in today’s evolving workplace.
“As JSU’s president, I am more than ever committed to advancing us toward the future by relying on a competent and strong leadership team in all critical areas, restoring relationships with various stakeholders, operating in a conservative and fiscally responsible manner, fundraising to assist the university in its mission, increasing enrollment to the populations that we serve, and exhibiting a ‘student first’ attitude,” said Dr. Killingsworth. “Together, we will move JSU forward.”
Trustees and campus leadership lauded Dr. Killingsworth as the most prepared and qualified person when compared to potential external options.
“We have watched Don throughout his tenure as acting president, from his actions during COVID-19 to how he fosters relationships with state and local leaders,” said Dr. Christie Shelton, JSU provost and vice president for Academic Affairs. “When we looked at the potential of searching externally for candidates, we knew no matter the resume, we would only be comparing him or her to the person currently leading our university. We would have come back to the conclusion that he was the right fit, no matter whom we vetted him against.”
Dr. Killingsworth’s leadership has been both tested and proven, most recently with his management of the institution’s financial strain due to the coronavirus. He enacted a hiring freeze while allowing for faculty positions to be filled, ensuring continuity of academic delivery in those areas of faculty shortages. With this effort, JSU has seen more than $1.5 million in salary savings.
While currently developing a Finance and Administrationcampus master plan to present to the Board of Trustees – which will allow planning for proper and adequate capital outlay requests and will improve the ability to outline future institutional growth – he has also provided detailed short- and long-term goals for Academic Affairs, Student Success, Student Affairs, Athletics, Advancement, Enrollment Management and Information Technology.
“Don has ultimately been on a job interview for seven months, and while we initially thought we would open a search beyond our current staff, his professionalism, experience, knowledge, levelheadedness and leadership have shown that what JSU needed was already in place,” added Jones. “Our decision to make this official and with no delay reflects our utmost confidence in him. And with a new school year fast approaching and a pandemic still in full force, we needed a permanent leader to carefully steer us through these uncharted waters.”
JSU’s Board of Trustees is set to ratify Dr. Killingsworth’s contract in July and will integrate both incentives and success goals.
“We feel it is appropriate to provide the leader of our students and campus with an enhanced drive for success,” added Jones. “And with a great cabinet in place and a fantastic provost, Don has all of the tools necessary to take Jacksonville State into a new, highly successful era.”
Killingsworth has dedicated his entire career to JSU. Upon graduating from the university with a bachelor’s degree in geography in 1999 and a master’s degree in counseling in 2001, the former Student Government Association president worked for more than a year as a consultant for American College Testing, Inc., the provider of the ACT college entrance exam. He returned to his alma mater in 2002 to support student success as coordinator of Academic Advisement. Soon after, he was named director of Government Relations by former president and mentor Dr. William Meehan. He was later promoted to chief government relations and community engagement officer.
Dr. Killingsworth received his doctorate in higher education administration from the University of Alabama in 2016. In addition to his new role as president, he will continue to serve in a leadership role for the Higher Education Partnership as chairperson for the Council of University Governmental Affairs Representatives, a group comprised of lobbyists from Alabama’s 14 public universities.
A native of Alexander City, Alabama, Dr. Killingsworth is married to JSU alumna Kristi Killingsworth. They have two children: a 4-year-old daughter, Collins, and a 1-year-old son, Jack.