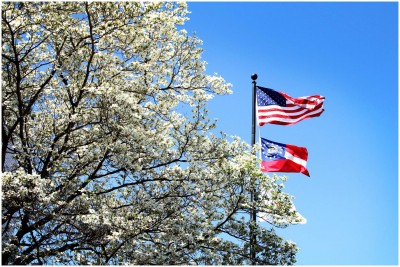 Five American flags will be retired in an official ceremony at City Hall on July 11. The ceremony will take place immediately following the City Commission Meeting which is called to order at 6 p.m.

Cedartown Police Chief Jamie Newsome is organizing the retirement which will include the ceremonial burning of the flags. “In accordance with the US Flag Code, when a flag is so tattered that it no longer fits to serve as a symbol of the United States, it should be destroyed in a dignified manner, preferably by burning,” Newsome said. “These flags have reached their end of service and are ready to be borne to their final salute.”

Newsome encourages the public to attend and estimates the ceremony will begin around 6:30 p.m. The event will be conducted in the greenspace between City Hall and the Cedartown Police Department.