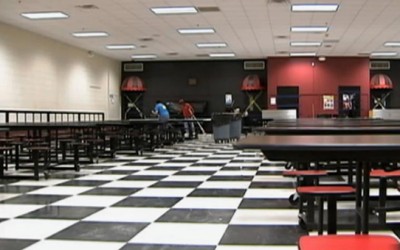 However, since that time, extensive work by pest control services and the school district maintenance personnel, the problem has now been eliminated, according to Polk Schools Superintendent William Hunter.

“We have worked on that all summer,” said Hunter.  “The company has informed us that we no longer have an infestation.”

Hunter said he believes the infestation was caused by some sort of package being delivered to the school that had become infested during transport.

Hunter said that the building itself is not and was not infested with roaches or any other pest, just the one isolated area from an external source.

“It’s something we are going to monitor on a daily basis,” Hunter said.

The story made statewide headlines when a picture of a roach in a bowl of Jello went viral on the internet.