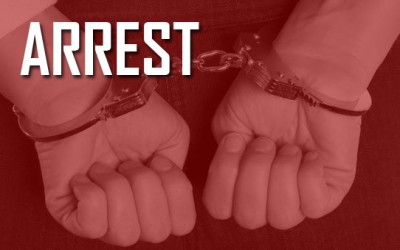 According to an incident report, Polk County Police were running stationary radar on Highway 278 near McCown Road in Rockmart Thursday morning when they clocked a silver BMW going 73 MPH in a 55 MPH speed zone.

After pursuing the BMW for several miles, police had to suspend the chase due to the high rate of speed.

The BMW sped into Cedartown, weaving in and out of traffic, and eventually crashed into the side of Russell’s Diner on East Avenue.

Police arrest both occupants of the vehicle.

The driver, 40-year-old Tye Christian Trimble was charged with fleeing or attempting to elude, reckless driving, hit and run, as well as a host of other traffic offenses related to the chase.

Both suspects remain locked up at the Polk County Jail this morning.