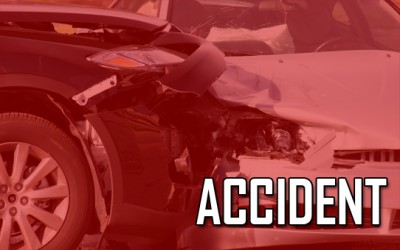 At approximately 1326 hours CPD officers along with CFD Fire/Rescue and Redmond EMS were dispatched to a motor vehicle accident on West Rome Hwy at Walmart.  911 reported a possible entrapment/injuries.

Officers and Rescue personnel arrived at approximately 1331 hours. Five vehicles were involved in the motor vehicle accident with one vehicle, a Chrysler Sebring, turned over on its roof. The driver of the Chrysler was extracted from the vehicle by CFD Rescue and Redmond EMS.  The driver of the Chrysler ( Linda Beall 68 YOA W/F ) suffered apparent head injuries and was airlifted from the scene.  No other injuries were reported as a result of the accident.  Two vehicles were removed from the scene by wrecker services, three were driven from the scene by occupants.

The south bound roadway remained closed from officers arrival until our departure at approximately 1530 hours.  The north bound lanes were closed for a period of time while a landing zone was established for the helicopter on West Rome Hwy between Main Street and the Walmart entrance.