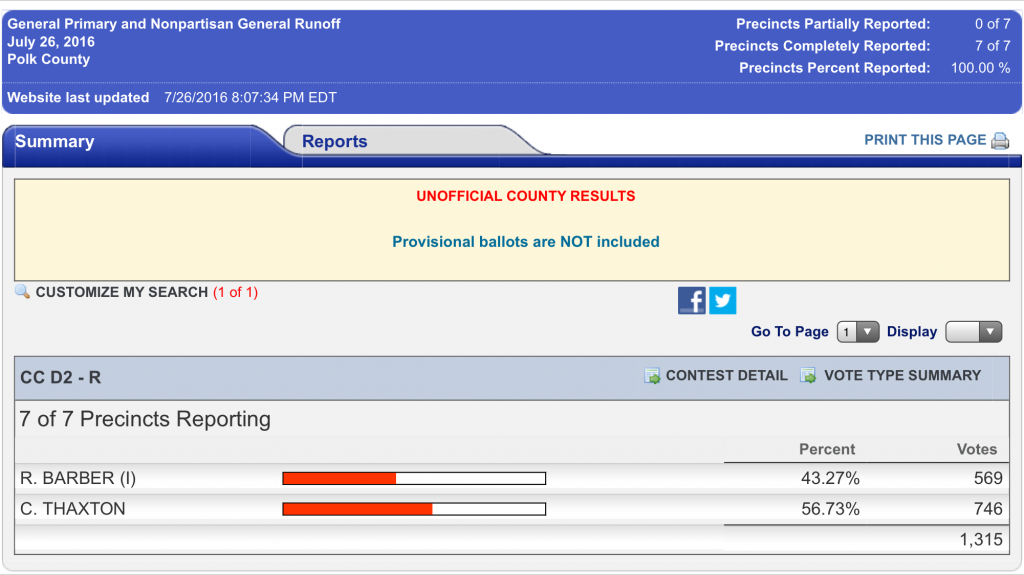 Chuck Thaxton has defeated Incumbent county commissioner Ray Barber in his reelection bid to the District 2 seat of the Polk County Board of Commissioners.

Thaxton led early in the runoff totals when the early votes and absentee ballots were posted shortly after the polls closed.

“I’m excited,” said Thaxton on Tuesday night after the results were made public.

“I want to thank everyone who came out and voted for me.”

“I want to thank Ray Barber. Ray has served this community for several terms,” Thaxton said.

Barber and Thaxton were the top vote getters in the May GOP Primary Election, beating out Ricky Clark and Phillip Bentley.

Neither received a majority, forcing the runoff.

Thaxton will be unopposed on the November ballot as no Democrats or Independents qualified for the District 2 seat.