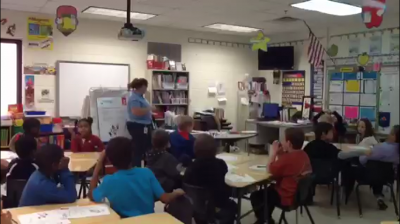 Polk County students return to the classroom Thursday as the 2014-2015 school year begins all across the Polk School District.

With the increase in traffic expected around schools and in school bus zones, Cedartown Police Chief Jamie Newsome urges drivers to take some extra precautions in their commute during peak times.

He says to especially drive carefully around school buses, as many of them will be out and about picking up children.

Remember the rule that you can never pass a school bus when the stop arm is out unless you are coming the opposite direction on a divided highway.

The penalty for illegally passing a school bus is six points on your license and a $350 minimum fine.

Polk Schools Superintendent William Hunter said he has been pleased with the preparations by the faculty and staff leading up to the start of school, including many teacher going the extra mile before their official return last Friday.

Parents and students met their teachers Wednesday night all across the system during various Open Houses.

Polk School District is one of the last school systems in the area to begin the school year, as both Rome and Floyd County schools began at the first of the month.