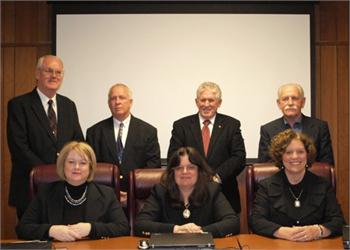 The Polk School District Board of Education voted last week to begin an extensive renovation of the gymnasium at Cedartown High School in order to make ready for the upcoming basketball season.

During last week’s board meeting, board members approved a $501,950 contract with R.K. Redding Construction out of Bremen that will include massive repairs to both the girls and boys locker rooms, infrastructure improvements, new bathrooms, and a modernized concession stand.

Superintendent William Hunter mentioned that the current conditions of the locker rooms are embarrassing for the school and that the project will begin as soon as possible with hopes for completion before the start of the basketball season.

New flooring for the locker rooms, including new plumbing and redesigned cubicle spaces are included in the construction process, according to officials from R.K. Redding present at the meeting.

Hunter told the board members that the half a million dollar project will be paid for through ELOST funds set to go into effect in 2015.