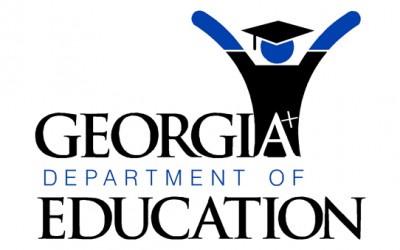 “Reading is truly foundational to learning, so those increases in students exceeding standards are encouraging to see,” State School Superintendent Dr. John Barge said. “As we transition to tests that more accurately reflect our standards – and the emphasis those standards place on critical thinking and comprehension – students’ reading abilities will help them to excel.”

Students in Georgia’s elementary and middle schools secured gains, as measured by the percentage of students meeting or exceeding the standards, on 14 of 30 content-area CRCTs taken this year. Eight areas showed no change, while another eight areas showed decreases. Decreases ranged from one to two percentage points while increases ranged from one to four percentage points. No decreases were experienced on Reading tests: Grades 4, 5 and 6 saw gains, while grades 3, 7 and 8 stayed the same.

Students took the CRCT for the last time this year. Beginning next year, all students in grades 3-8 will take the Georgia Milestones. The new testing system is one consistent program across grades 3-12, rather than a series of individual tests. It will include open-ended questions to better gauge students’ content mastery and, with some exceptions for special education students with specific testing accommodations, will be administered entirely online by the fifth year of implementation.

Georgia Milestones will be aligned to the Common Core Georgia Performance Standards (CCGPS) in English language arts and mathematics and Georgia Performance Standards (GPS) in science and social studies. This testing system will require more from students than the CRCT and EOCT it replaces, in order to better prepare students for college and career and to provide a more realistic picture of academic progress.

These increased expectations for learning may mean initially lower scores than previous years’ CRCT or EOCT scores, but that is to be expected and should bring Georgia’s tests in line with other indicators of how our students are performing.