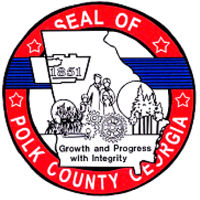 Former Polk County Coroner Trey Litesey took a plea deal that was offered him by his attorneys and District Attorney Jack Browning.

Litesey faces a $2,500 fine and three years probation after pleading guilty on a felony charge of Violation of Oath of Office by a Public Official.

He was previously charged with an August 2014 theft of $300 from the body of a local pastor who was found dead after an apparent suicide.

However, that charge was subsequently dropped and restated in the Violation of Oath of Public Office charge.

Browning said Litesey had reportedly spoken to Polk County Police Chief Kenny Dodd on two separate occasions in the course of the investigation, one case in which he asked if he could return the money to make the whole thing go away.

He explained that a full fledged trial would likely go nowhere because the case was based on circumstantial evidence.

Superior Court Judge Meng Lim accepted the recommended sentence that Litesey would not face jail time since he had no previous record of criminal charges and that no other evidence of wrongdoing was found in the case.