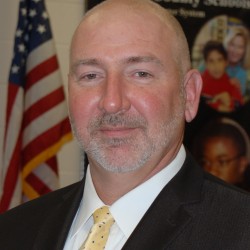 By a vote of 3 to 2, the Floyd County Board of Education has affirmed a mutual separation agreement with Superintendent Dr. Jeff McDaniel.

The agreement will allow the school system to seek new leadership in the coming months and Dr. McDaniel more time to focus on family.

The board hopes to have a new superintendent in place in January.

McDaniel has been part of the Floyd County School system since 2003, including three years as Chief of Academic.

He previously served as an educator and administrator with the Polk School District.