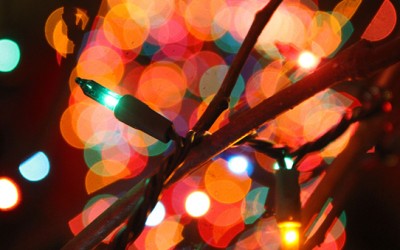 The big tree in downtown Cedartown will stay dark a little while longer as Tuesday’s Tree Lighting Ceremony has been postponed due to heavy rains.

According to a release from the Downtown Cedartown Association, the ceremony will be moved to Wednesday night at 6:00 PM in front of Polk County Courthouse #2.

The rain in the forecast also forced other area Christmas events to be moved.

The venerated Rome Christmas Parade, scheduled for Tuesday night, has been postponed to Thursday night at 6:30.

The Cedartown Christmas Parade is still on schedule for 6:00 PM on Thursday, with a rain date of Friday, December 4.

The Rockmart Christmas Parade will be held on Friday, December 4 at 6:00 PM.

Rockmart’s tree lighting ceremony was also moved because of rain.

It will coincide with the Christmas parade.