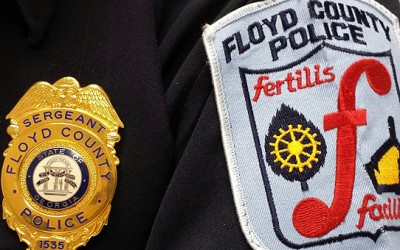 A one-vehicle accident on Booger Hollow Road claimed the life of a Cedartown teen.

15-year-old Kevin Reynoso of Cedartown has been identified as deceased victim in the Saturday afternoon accident, according to Deputy Coroner Ernie Studard.

Three other teens injured and being treated at Floyd Medical Center.

One person has killed and three others injured in an accident on Booger Hollow Road Saturday afternoon, according to Sgt. Mike Myers with Floyd County Police.

The accident occurred the in 400 block of Booger Hollow Road around 5:30 p.m.

The accident remains under investigation but the vehicle was traveling southbound at a high rate of speed, according to witnesses.

The driver of the vehicle lost control and hit a utility pole, causing the car to overturn twice and ejected several occupants.

All four involved were juveniles.