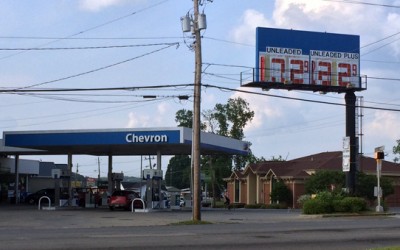 An arrest has been made in the investigation and execution of search warrants at two area convenience stores by the Georgia Bureau of Investigations.

According to Cedartown Police Chief Jamie Newsome, 56-year-old Vanessa Gibbons of 258 Chestnut Street in Cedartown was arrested on a warrant in the afternoon on Thursday on a felony charge of commercial gambling and was taken to the Polk County Jail where she was released several hours later on a $5,100 property bond.

Gibbons was a clerk at the Chevron gas station at the corner of Main Street and East Avenue.

Newsome says he was contacted last week about the ongoing investigation by the Commercial Gambling Investigations team of the GBI.

The Chevron, along with Chapman’s Shopette on South Main Street were served with search warrants and found to have been participating in illegal gambling with gaming machines licensed for entertainment use only.

Additional arrests could be possible as the investigation continues.