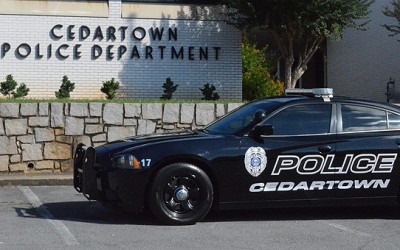 A tragedy for a local family on Saturday as a 2-year-old girl died after being found in a landscaping pond behind a house.

According to Cedartown Police Chief Jamie Newsome, officers were called out to Gibson Street at about 6:30 p.m. where the child was found unresponsive in the shallow water.

“Officers went into the backyard where the child had been found and discovered a decorative pond,” Newsome said. “The house actually has an in-ground swimming pool and it was properly covered, but the child was found in the backyard pond.”

Abigail Marie Wilson was rushed to Polk Medical Center via Redmond EMS and was later sent to an Atlanta area hospital where she died late Saturday night.

The child’s body has been sent to the GBI State Crime Lab in Decatur for an autopsy.

Newsome says they do not believe any foul play was involved.

“It’s just a horrible, horrible tragedy that is every parent’s worse nightmare,” said Newsome. “Our thoughts and prayers go out to this family.”

Newsome and another detective where the first officers on the scene.