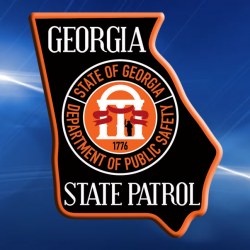 The Georgia Bureau of Investigation released additional information about a GSP officer-involved shooting in Taylorsville that occurred during a chase that began in an Aragon Police traffic stop late Friday night and ended back in Polk County.

According to a press release, the late Friday night chase began around 11 p.m. when an officer from the Aragon Police attempted to conduct a traffic stop on Shannon Thompson, 27, of Aragon.

A chase began as the officer continued to follow Thompson and called in for help from the Georgia State Patrol as the pursuit continued from Aragon through Polk and into Bartow County in the Taylorsville area.

The GSP trooper conducted a PIT maneuver on Thompson’s vehicle forcing it off of Main Street in Taylorsville into a field. Thompson was able to drive out of the field toward the Trooper per the GBI’s report, and as he continued back into the roadway toward the Trooper, several shots were fired and one struck Thompson in the arm.

A second PIT maneuver was attempted, and Thompson rammed into the Trooper’s vehicle and ultimately caused him to lose control and wreck into the ditch. He fled out of the vehicle and ran into a wooded area.

“A trooper deployed his Taser at Thompson and arrested him,” the release stated. “The officers and troopers provided medical attention to Thompson after finding the injury to Thompson’s arm.  Thompson was transported to Floyd Medical Center for treatment.”

The GBI is still investigating the incident and when done will turn over their findings to the Bartow County District Attorney’s office for review. Per the agency, this is the 53rd officer-involved shooting the agency has investigated this year.