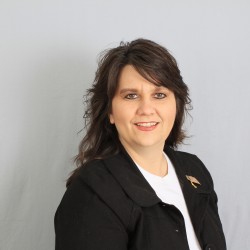 Jennifer Hulsey has announced her campaign to run for Georgia State House of Representatives as a Republican candidate.  The 16th District has recently been redrawn and includes all of Polk, and portions of  Bartow and Haralson Counties. Community members and leaders across the 16th district joined Jennifer in announcing her candidacy on January 21, 2012 at the Stone Creek Inn.  Incumbent Democrat Rep. Rick Crawford currently holds this seat.

Hulsey said, “I want you to know that I am a republican, but most importantly I am a conservative. I believe in the conservative movement. I believe in our constitution and fiscal responsibility, limited government, and free markets”.  Hulsey explained that seven years ago her husband, Johnny, was diagnosed with Parkinson’s Disease. Life changed in an instant. Times were tough.  She continued, “Just like many of you, I had to take on a second job. Soon after, I began working as the Marketing Director of Sylvan Learning Centers across Northwest GA.  Each morning I would wake up at 5 a.m. to start my day.   Then at 3:30 p.m. I would travel 50 to 100 miles outside of teaching, and work my second job at Sylvan. Most nights I would arrive home at midnight, eat dinner, and go straight to bed. I did this for three years.”

She continued, “This journey that I began so long ago has made me who I am today. There have been many steps along the way that have brought me here standing before you”.

Hulsey went on to say that whether it is facing the consequences of Obamacare and its incredible cuts to our seniors and disabled, or it’s worrying about keeping a job or finding one. We have many challenges facing us. Together, we can write our story. Together we can make a difference. Let’s put a “Hulsey in the House!”.

Hulsey will be doing a series of Conference Calls and Townhalls across the 16th district. She said it was important that the people’s voices are heard. She wants to hear their stories!

Jennifer has many leadership roles on her resume which include:
Present:
President Elect of the Cedartown Exchange Club
Board Member of the Georgia Parkinson’s Association
Board Member of Northwest GA Parkinson’s Association
Board Member of Our House Battered Women’s Shelter
Board Member of Community Share
Member of the Polk Strategic Planning Committee on Economic Development
Co-Chair of the Patient Power Project for DPMA (Doctor Patient Medical Association)
Co-Founder of American Grassroots Coalition
Previous leadership roles include:
2011 First Vice Chair of the Republican Party
Board Member of the Cedartown Little League
National Town Hall Coordinator
Awarded the Shining Scalpel Award from (AAPS) Association of  American Physicians and Surgeons. Jennifer was awarded for protecting the “art of medicine”.
Jennifer is very involved in the Polk County Chamber of Commerce and loves to spend time with her family and serving her community!

Jennifer is married to Johnny Hulsey. Their children include: Chad and Brandi Hulsey, Kayti Hulsey, and Will Hulsey. Jennifer is employed by Polk School District. She has been employed with them for 17 years.