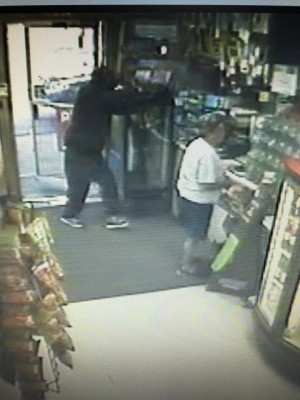 The Polk County Police Department is investigating an armed robbery that occurred at a local convenience store early Thursday morning.

According to Detective Brandy Brady of the Polk County Police Department, an armed assailant entered the Citgo Convenience Store at 1410 Buchanan Highway across from Cason Road at around 7:35 AM and brandished a weapon.

The male suspect then fled the scene in a silver/grey medium sized car heading north on Main Street.

The suspect is described as a white male wearing all black clothing with a mask that allowed the eyes to be seen.

Anyone who may have seen anything around that time is asked to contact Polk County Police at (770) 748-7331.