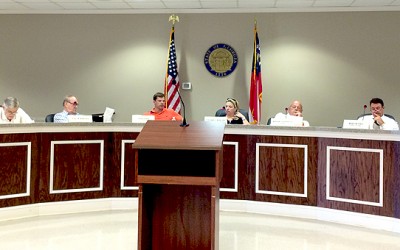 The Polk County Board of Commissioners are expected to vote on a change in magistrate court fees when they meet in their regular session tonight.

According to Judge Crane, one of the new fees would be if a case was to go to trial and the person was found guilty, a higher court fee would be levied against that person.

“At that point we are asking for your probation and you would pay a $100 fee in addition to other fees,” said Crane.

Another fee adjustment would be a $50 fee for bench warrants for those who fail to show up to a court date.  Judge Crane said they decided to go with the same fee structure as probate court.  Cedartown City Magistrate charges $200.

The third new fee proposed would be a $25 fee each time a continuance is issued.

“We’re limited with county money at this point,” said Crane. “We don’t mind doing it for people, but we’re going to charge a fee for doing it.”

County commissioners will also vote on a special use permit to open part of the former Old Mill Restaurant as a two day a week antique store.

No one spoke against the permit during a public hearing on Monday.