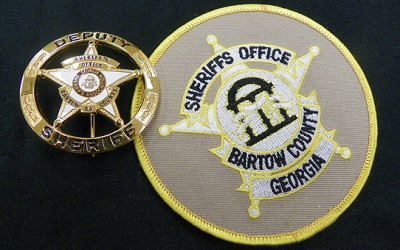 The Bartow County Sheriff’s Office is investigating a kidnapping and rape from Thursday night near Taylorsville.

According to Sheriff Clark Millsap, early Friday (01-15-16) a Bartow County Sheriff’s Office deputy was dispatched to meet with a 34 year old female at Polk County Medical Center in Cedartown for a reported sexual assault. The female reported to the deputy that she had stopped at the Dollar General located at 2335 Highway 113, Taylorsville between 8pm and 8:30pm Thursday night. After buying some items she left in her burnt orange Chrysler minivan and continued on her way home to Rockmart. Shortly after leaving the Dollar General, an unknown male surprised her from behind her seat and used her seatbelt to strangle her forcing her to pull over. The male then forced her to the rear seat and sexually assaulted her. After the assault the male fled from the van in an unknown direction.

The female suffered some face and neck injuries and was treated and released from the hospital. She was able to describe the man as a large built, dark tanned white male, middle aged, with scruffy facial hair wearing work boots. She reported that he smelled like he had not bathed and like he was a heavy cigarette smoker.

Sheriff Millsap states that investigators are following up on every lead to identify and arrest the offender. Anyone with information or who may have witnessed any of these events Thursday night on Highway 113 is urged to call the Bartow County Sheriff’s Office Criminal Investigations Division at 770-382-5050 extension 6032. Callers can remain anonymous.

Sheriff Millsap also encourages citizens to always lock their doors when leaving their vehicle and park in well-lit areas when possible. Always report suspicious persons and circumstances to 911.